The traditional Timber Frame of New England is a “new” creation of its ancestor, the Timber Frame of Old England. Brought to the new world by highly specialized and skillfully trained craftsmen from different parts of England during the early 16hundreds (in fact, the oldest framed house in North America is a Timber Frame build in 1630 in CT), Timber Frame houses represented the traditional style of building , modified to meet an entirely new environment. Out of this new set of conditions, that the first settlers of New England were facing, evolved the house that had to be immensely strong and “permanent”, with tremendous frames made out of oak from the primeval forests that surrounded them.

Oak continued to be the main framing material until after the 18hundreds, when white pine and other soft woods became more popular.

The fundamental spirit and characteristics of Timber Frame houses remained the same: substance, endurance, security and dignity. It is this structural integrity that humans have always admired in the mighty cathedrals and temples of Europe and Egypt.

Building a Timber Frame home requires skillful shaping of the timbers, done by hand using a variety of specialized chisels (which are made of hardened steel and regularly need to be sharpened by hand).Eddie finds that most of his “antique” chisels are of greater quality and hold their razorsharp edge for longer.

Once all the joinery (Mortise and Tenon) is cut and the traditional lambs tongue chamfer detail graces each timber, a crane is used to help erect and assemble the frame, which is held together solely by the Mortise and Tenon joinery ( like a puzzle) and custom made wooden pegs.

Once the frame is standing, the roof goes on to create protection from the elements for both the structure and its workers.

After that, floor and wall framing happens. Then the detailing, such as stairs, exterior sheathing etc.gets your home ready for plumbing, electrical and insulation.

The final steps of the building process include plaster, trim, windows and doors as well as finished floors ready for you and many future generations to walk upon and enjoy! 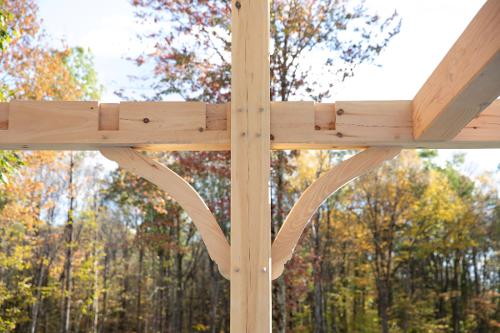 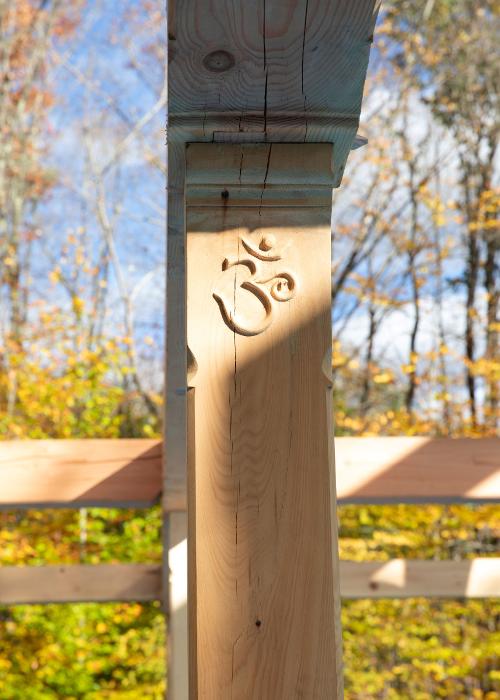 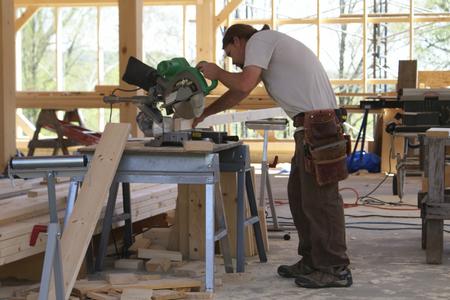 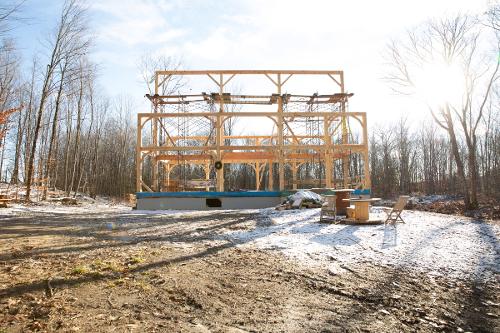 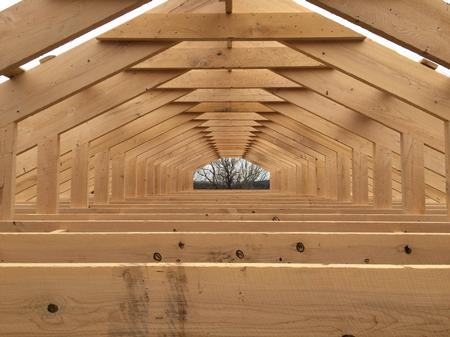 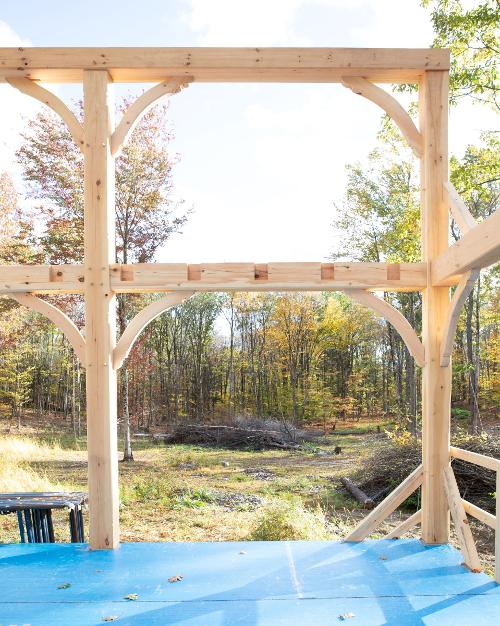 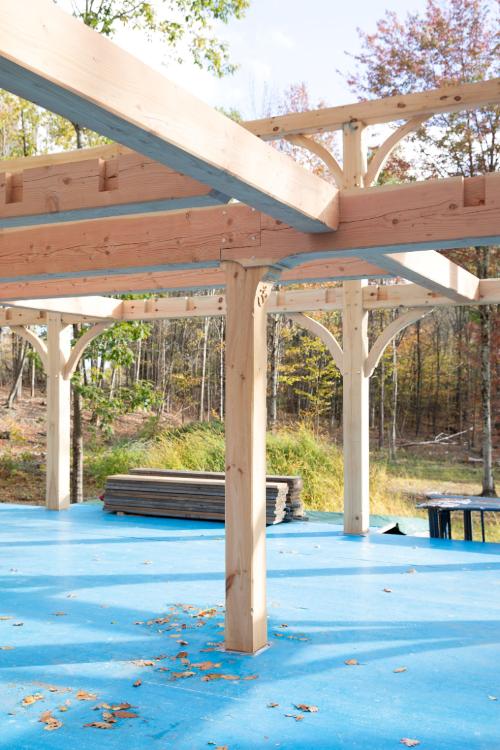 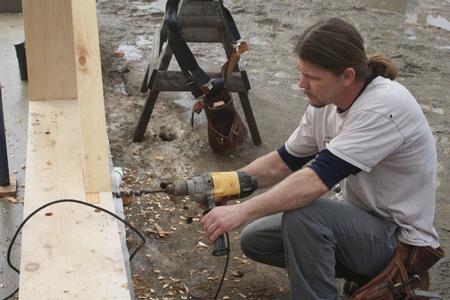 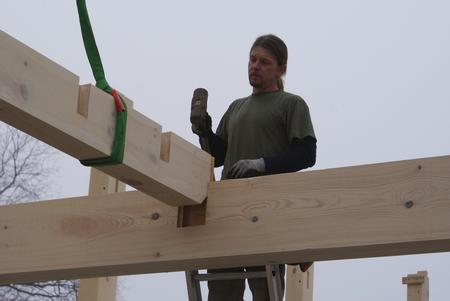 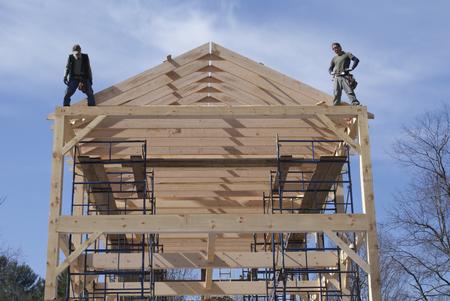 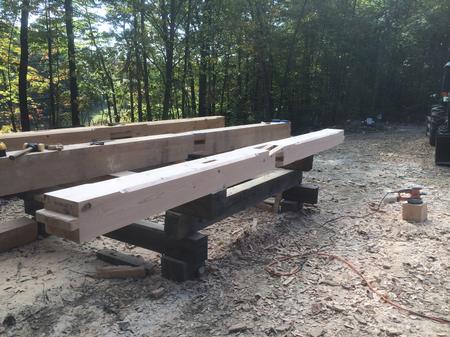 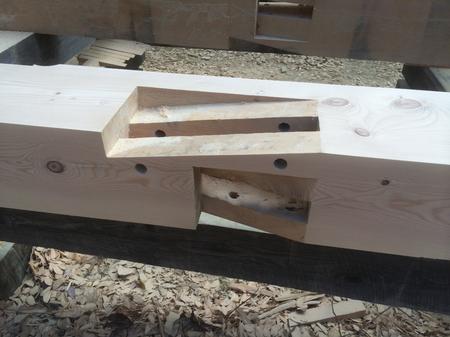 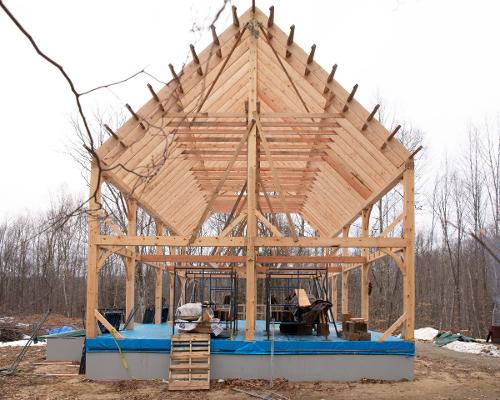 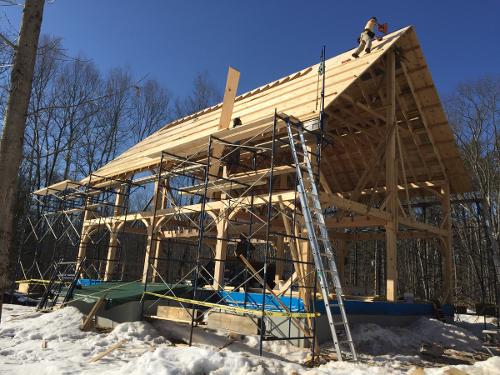 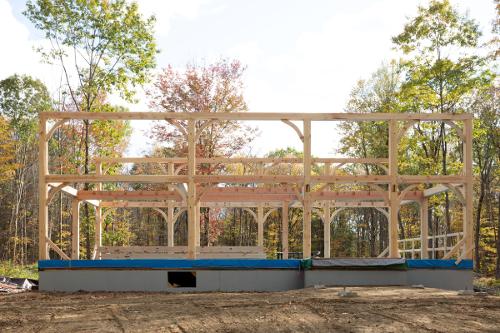 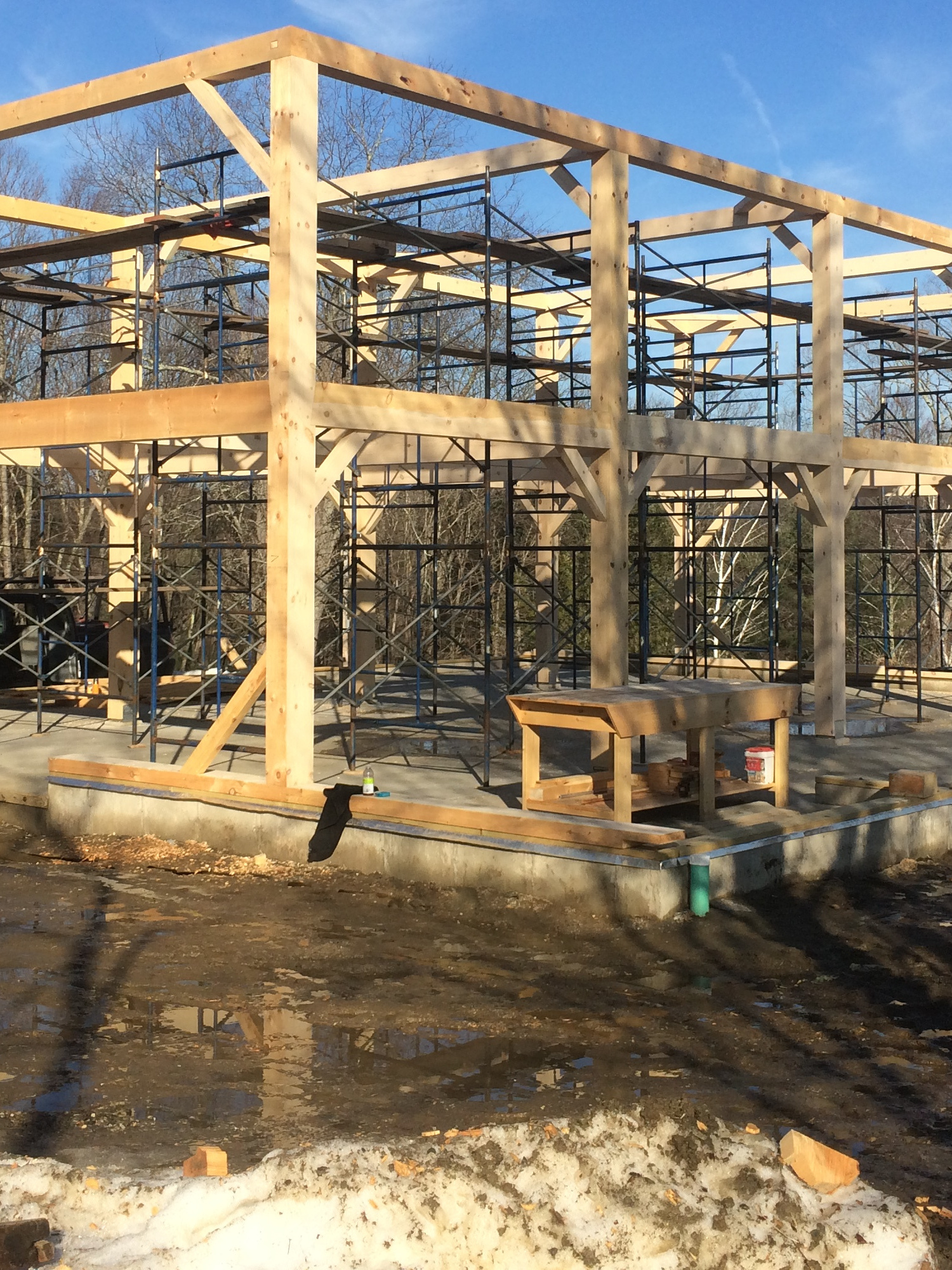 “Every great building once begun as a building plan. That means, sitting in that building plan on the table is a mighty structure not yet seen. It is the same with dreams.”